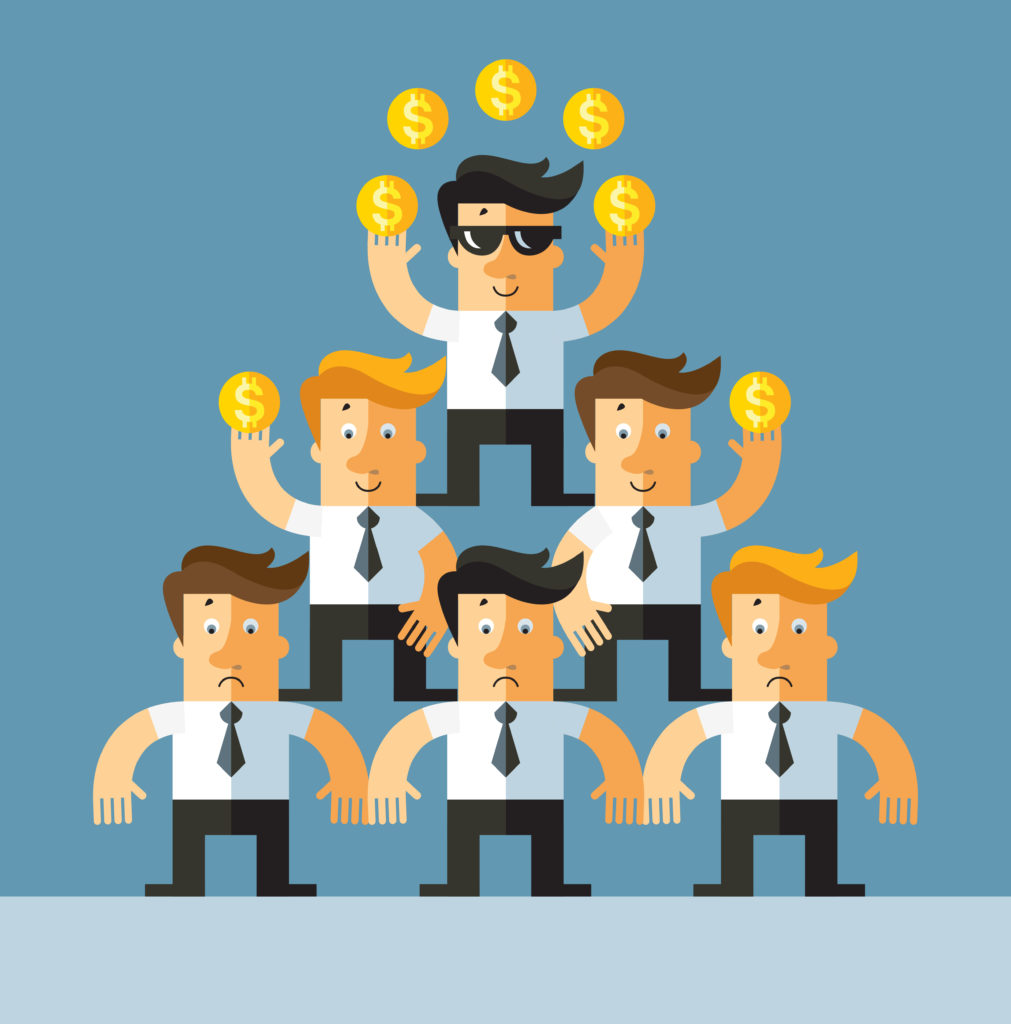 Is EXP Realty a pyramid scheme?  I am used to hearing that statement even before I hung my license with EXP.

Why? Well, I began hearing that statement about 16 years ago when I decided to leave my Mom & Pop Broker and move to Keller Williams.  At the time, KW was just starting out in the Indianapolis, Indiana market and other brokerage firms and their agents were saying exactly the same things to all of us who jumped ship to KW.

What is a Pyramid Scheme?

Wikipedia defines a pyramid scheme as  “A pyramid scheme is a business model that recruit members via a promise of payments or services for enrolling others into the scheme, rather than supplying investments or sale of products.”

I also Googled a pyramid scheme to get another definition.  This is what came up for me in Google “A form of investment (illegal in the US and elsewhere) in which each paying participant recruits two further participants, with returns being given to early participants using money contributed by later ones.” 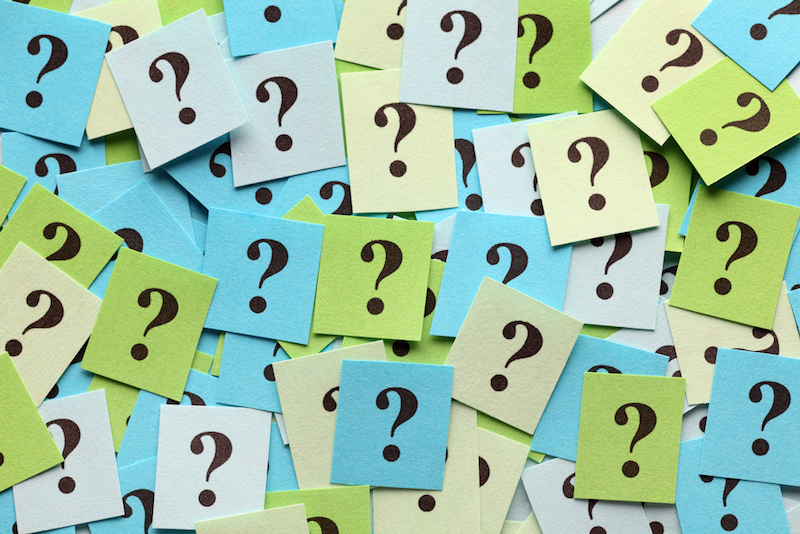 Let’s break down the definition of a pyramid scheme and see if EXP aligns with the two definitions.

“Investment that recruits members via a promise of payment or service for enrolling others into the scheme…”  Does EXP recruit agents?  Yes, just like most brokerage firms, they grow by attracting agents. Many firms such as Coldwell Banker and Keller Williams have professional recruiters they pay to enlarge their agent count.

Other brokerage firms require their managing broker to recruit agents into that particular office.  EXP does not have professional recruiters on staff.  The real estate agents attract their peers to EXP.

“…promise of payment or services for enrolling others into the scheme.”  Does EXP Realty pay the real estate agents who enroll their peers into EXP?  Yes, and No.

One of the requirements of getting paid is that the joining agent must actually sell some real estate.  They have to perform at their job.  If and only then does the person who sponsored the joining agent to receive compensation.  This is what EXP calls Revenue Share.  There is an entire set of criteria for selling real estate and how much must be sold prior to any compensation. 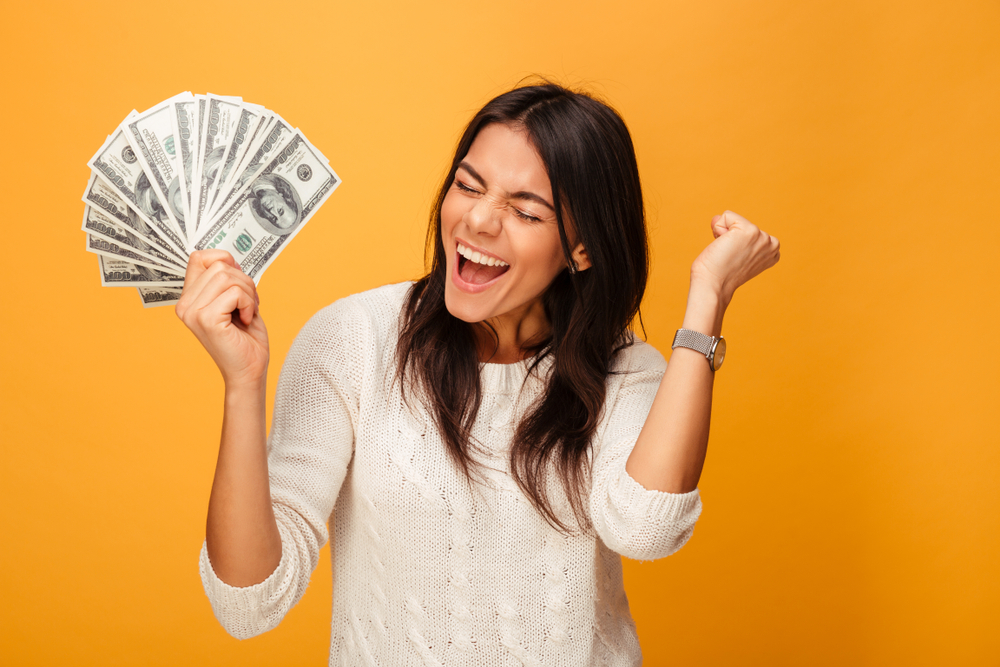 Do you think that EXP Realty is the only company that rewards for employee referrals?

Employee referral programs are common in corporate America, especially if the labor market is tight.  It is a good way to encourage existing employees to find talent through friends, past coworkers, and networking. The bonuses can equate to thousands of dollars.

According to Career Builder, employee referral programs not only improve company culture but recommended candidates are usually better hires than someone that just submits a resume.

The founder of EXP Realty, Glen Stanford, worked in corporate America as well in real estate and understood the value of networking and finding talent from within.

Structuring a compensation program is unique to the real estate industry and it is understandable that most would feel threatened by change. 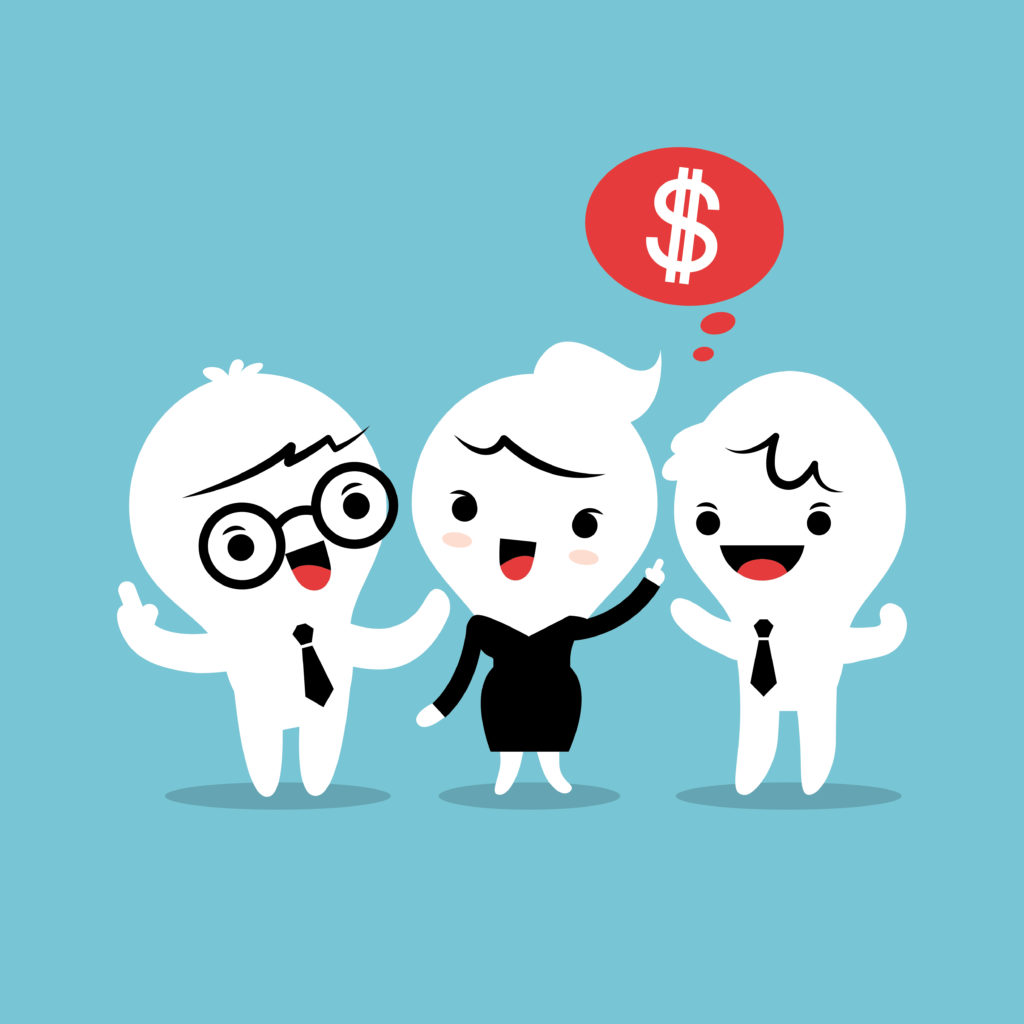 “returns being given to early participants using money contributed by later ones.”  This would imply an entry fee or a hefty money down in order to join the group.

Does EXP charge a hefty fee to join?  No.  Like most real estate companies, there is a sign-up fee that covers administrative fees.  When you join EXP part of that fee covers your new business cards, begins your cloud based systems and provides you with other tools to hit the ground running.

In my 24 years of real estate, I have changed brokerage firms three times.  I have even changed Keller Williams offices within the same city and every single time, I have been charged a fee to join. EXP Realty is no different in the fees charged to join.

As far as money given to early participants, if you sponsor an agent to EXP and they sell real estate, no matter where there are in the US and Canada you will get a little thank you money. It doesn’t matter if you were first to join EXP or came to EXP years later.  There is no shell game between members of EXP.

…”rather than supplying investments or sale of products.”  EXP is a real estate company that does supply investments to agents that choose to belong to EXP.  With EXP there are a couple of ways to earn those investments. 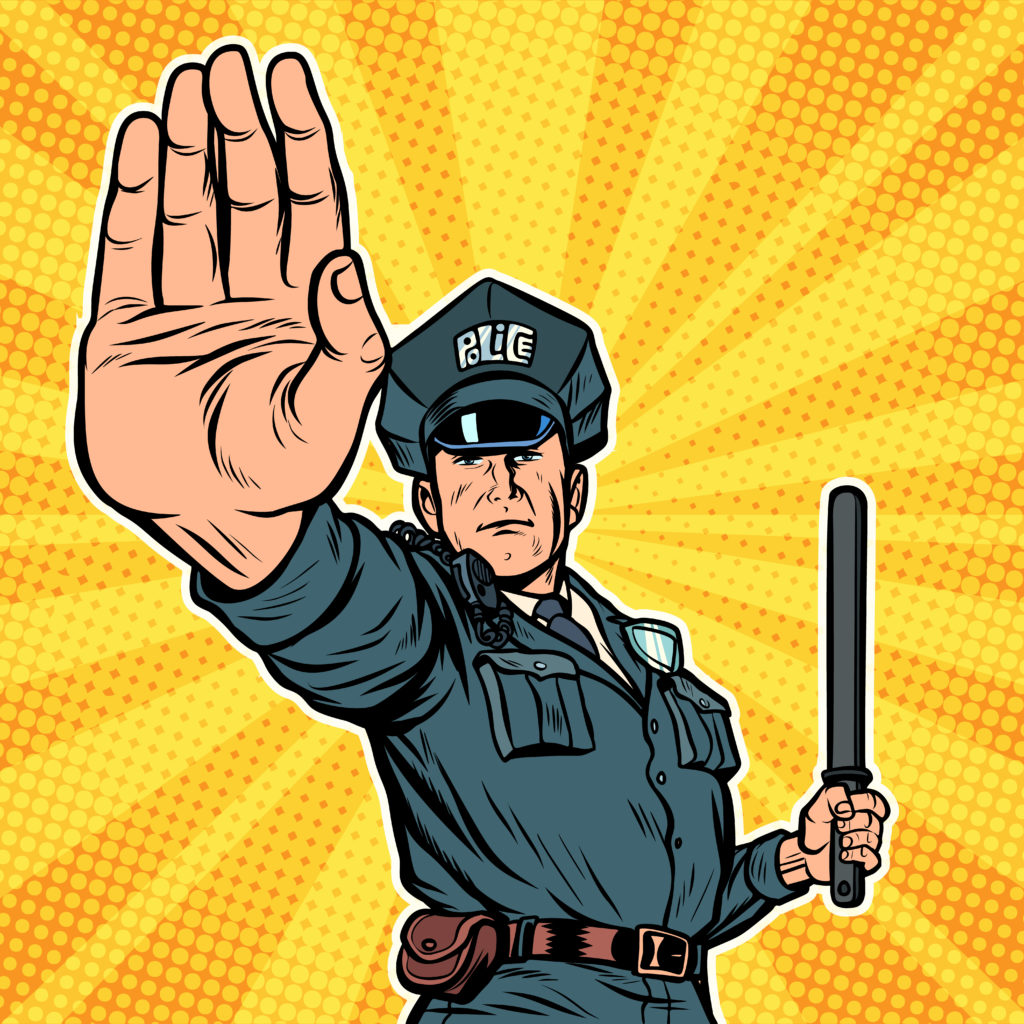 No, pyramid schemes are illegal in the United States.  Why, because they are deceiving and consist primarily of bait and switch tactics.

EXP World Holdings (EXPI) is listed on the NASDQ exchange. Nasdq won’t allow just any company to trade on this exclusive platform.  Every company on Nasdaq must meet a set of criteria to be listed.  For example, each corporation must have a minimum cash flow as well as revenue.

In addition, financial statements must be reported and audited.  Moreover, the federal government sets guidelines for consumer protection and fraud that every company traded whether on the NASDQ or NYSE must adhere to.

Private companies, such as Keller Williams do not have to disclose nor abide to an entire corporation open book policy.

If no big money exchanges hand other than what is traded publicly and properly disclosed, how can a pyramid scheme actually exist?

What the Heck is Gaslighting?

Have you ever heard of the term gaslighting?  Maybe you have recently given the “fake news” issues.  Regardless of your political beliefs, gaslighting exists and it happens in business as well as in political situations.

What is gaslighting?  Wikipedia defines gaslighting as “Gaslighting is a form of psychological manipulation that seeks to sow seeds of doubt in a targeted individual or in members of a targeted group, making them question their own memory, perception, and sanity. Using persistent denial, misdirection, contradiction, and lying, it attempts to destabilize the victim and delegitimize the victim’s belief.[1][2]

This principle when applied by EXP Realty, operates on the old phrase, “Fear of loss is a greater motivator than the opportunity to gain.”  By instilling fear into someone by creating doubt of a group or movement, people are less likely to change.

So, it is understandable that when you have a new way of doing something or a disruption in the status quo, many are going to question another person’s belief, especially when change occurs.

It is the courage to rise above and remove self-doubt that breaks the manipulation cycle.

It is understood that most change or disruption in an industry can create fear and doubt.  I remember recently when the CEO of Amazon, Jeff Bezos told people that drones would be delivering packages for Amazon and everyone just laughed!  Drones?  Really?  Now, look at how we use drones.

Vision and forethought are always scrutinized in the beginning.  Oh, that won’t work.  Haven’t we heard that way too much?  Limiting Beliefs.  Don’t get caught up in being in the heard of naysayers.  Be educated.  Are you a leader or a follower?

*Why Should I Join EXP?

EXP Realty is not for everyone. If you are a true entrepreneur and a business person that understands that Real Estate is a business, then this may be your place. However, having your handheld and getting patted on the back for what a great job you have done is what you are seeking, then this isn’t your place.

*What is the Truth About EXP?

The truth is that EXP is a real estate company that is not a franchise. The agents pay zero franchise fees because this company is one big entity.
There is power when there are no franchisees to be paid on top of corporate leaders. Money is invested in technology for agents to grow their business.
Agents save money and waste less time, no driving to the office, no brick & mortar fees!
When is the last time you have seen a full real estate office? If agents are in there they are not out selling houses!

I have been in real estate sales for over 20 years. I am originally from the Midwest and have been living in beautiful Florida for over a decade. My career sales are over 2,100 homes sold. There aren’t too many obstacles I haven’t encountered throughout my work history. I provide you with honest advice backed by years of experience and understand that a real estate purchase or sale is a top priority for you. Nationally recognized. Licensed FL Real Estate Instructor. Contact me at Sandy@SandyWilliams.com or call 941-564-9491 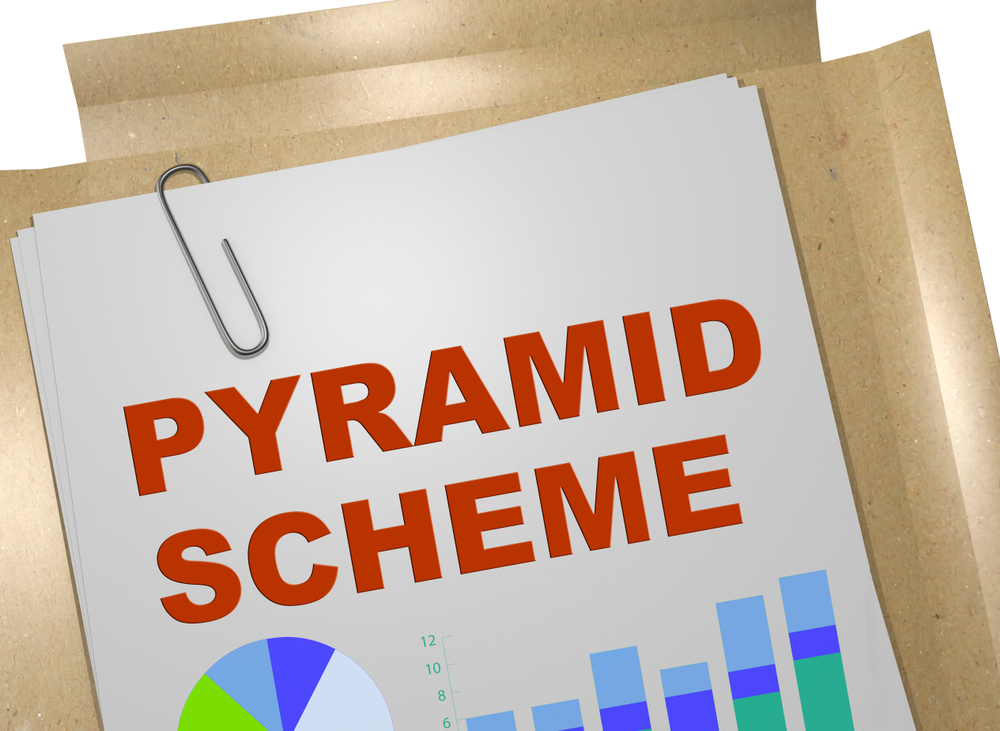 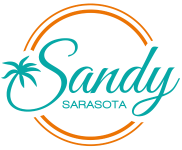